AT’s Roots & Ramblin’ is young and energetic band and the latest attachment to Stupido Records catalog. The band describes its music with the term ”swinging rock’n’roll”. The last single “House of the Grooves” from the upcoming album “Golden Lane” has become a fan favourite as the last song in gigs, because of its breakthrough power and energy. 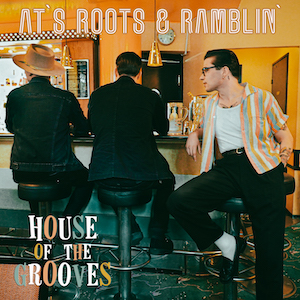 The song tells a relatable story on everyday life, finding of the enpowering source, when the rhythm grabs the tired traveler on the alley. Big horn section gives the icing on the cake, supporting the big arrangement of the band. The song works on both the modern as well as traditional rock playlists and it shows a band that is stronger and more brazen than ever. With their second album the band is aiming even more into the international markets.