A brand new finnish indie band Saaret has released their debut album ‘the Sequence is Glorious’.

The music is extraordinary and filmatic: a fresh mixture of classical instruments, synthesizers and ambient soundscapes. But worry not, the tunes are catchy and punchy! Saaret has been compared, for example, to Broadcast, Stereolab and Radiohead.
The lyrics are not the usual pop-love stories. Saaret sings about dystopian and post human visions, new lifeforms, decomposing in a rosebush, a panicing robot in the desert and being stuck in a Terminal. There is a strong ecological and feminist attitude and the band has described their music with a term “ecoromantic”. Probably something the world needs at the moment.

“Saaret” is finnish for “islands” and the album has mostly been made on a small island in coastal Helsinki where the singers/songwriters Janne Friman and Petra Vehviläinen live.

Saaret has earlier released three singles / videos and the fourth, released among the album, is called Sands.

The record is released by Stupido Records on vinyl, CD and digital. 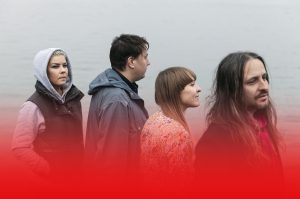 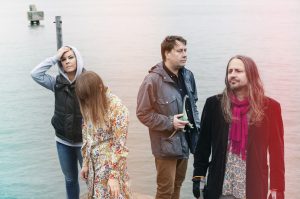 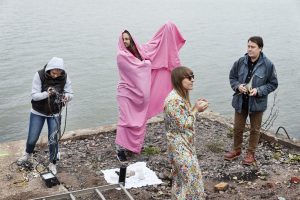 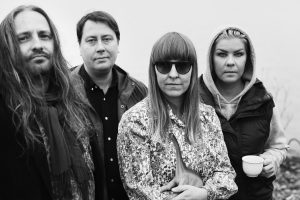