The Bunkers is a Helsinki-based rock band that was formed in early 2018. The impetus for the formation of the band came e.g. From Samuel Abaijón, familiar from The Valkyrians, who wanted to play garage rock in addition to ska. Right at the start, Samuel recruited guitarists Niklas Fred and Samuli Latva, who was picking suitable songs to rehearse from his writing desk. Teemu Horto, who also played in No Shame, was chosen into the drums. Singer Artsy Bunker materialized from the next door rehearsal room, and the lineup was complete.

During rehearsals, the original idea of ​​garage rock changed more in a cross-genre direction. The Bunkers blends garage, krautrock and post-punk in their music without respecting traditions.

The Bunkers recorded four songs in their rehearsal room, the first release “Offside” was put out in May 2019. More is coming. 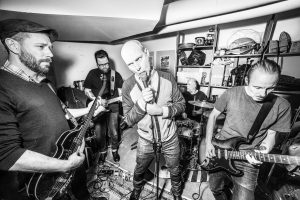 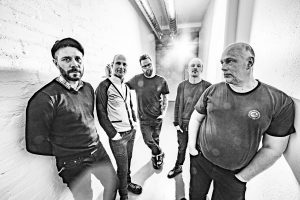